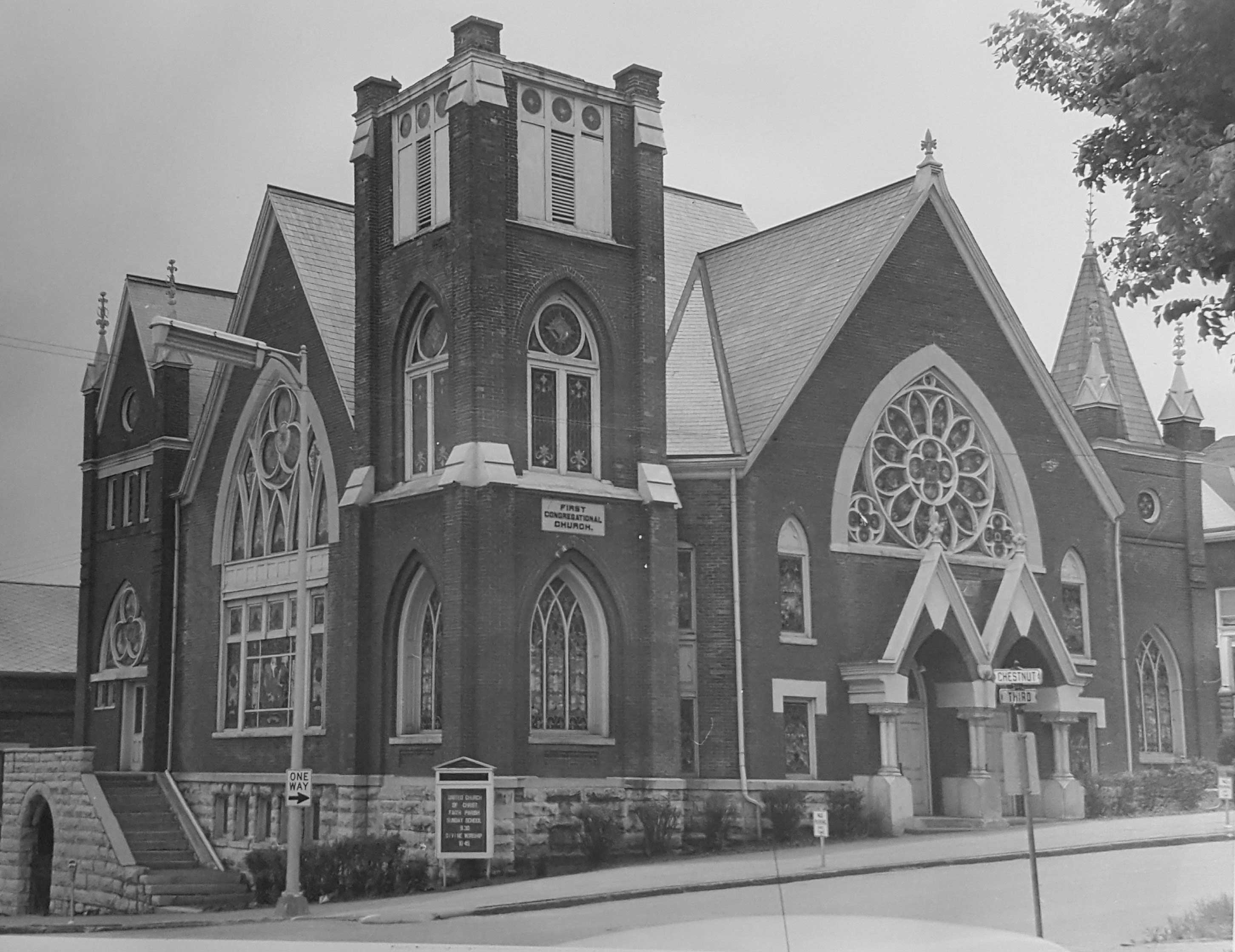 The old Congregational Church of Muscatine

The two congregations had visions of this union as early as 1952. Both were small churches and could hardly support a pastor. The Evangelical and Reformed Church needed a church building and the Congregational Christian Church had plenty of room in their big church. In the summer of 1955 Sunday school classes began meeting together as did the Women’s groups. In January 1956 a constitution was written. In June 25, 1957 the national United Church of Christ was officially formed. Muscatine’s Faith was one of the earliest to become a United Church of Christ.

Faith’s first home was located at the corner of Third and Chestnut Streets, originally The First Congregational Christian Church building. During the annual congregational meeting January 21, 1960 it was voted to take an option on the land of our present church home at 3307 Mulberry Avenue. Groundbreaking services for the new church home were held August 9, 1970. During Sunday worship on April 18, 1971 the congregation moved from the church building at 200 West Third Street to the new church home on Mulberry Avenue.

The history of The United Church of Christ is rich, colorful, and filled with stories of faith and tenacity. The local history of Muscatine’s Evangelical and Reformed and Congregational Churches was faithfully researched and written by June Kleffmann in the early 1970’s. It is currently being reviewed and updated to the present day. The church office has a copy of the original text. An audio/slide presentation accompanies the text. Both are available on request.

In her written history of Muscatine’s Faith UCC, Mrs. Kleffmann recalled the words of Reverand Riggs of St. John’s Evangelical and Reformed Church to describe Faith. He described the congregation in January 1955 as: “The church with the old faith and the new outlook."  Years later, it's a description that still fits! 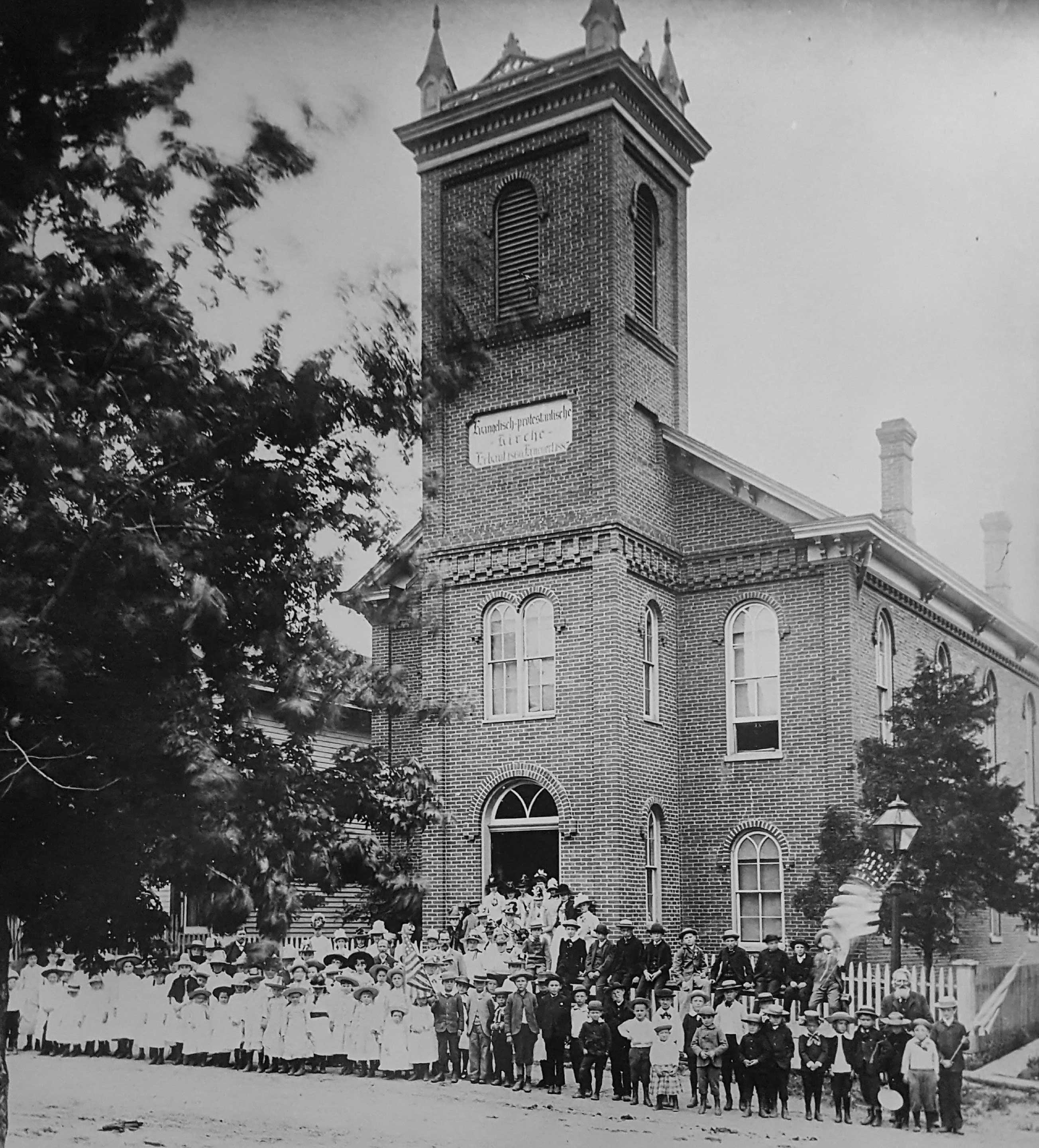 The old Evangelical and Reformed Church of Muscatine.